My Little Pony CCG Review and How To

Not like I need it but this is my license to post ponies. I have just returned from the MLP CCG pre release event. It was fabulous. I got all kinds of fun swag but the best part was my wife went with me and definitely did better than me (though not in her card pulls).

CCGs usually aren’t my thing, I like nice thick cardboard that is predictable when bought, non of this blind bag stuff. Why did I get into this game then? Because friendship is F*&^ing Magic. 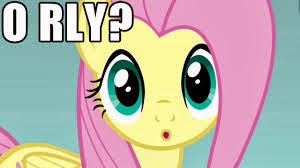 Anyway hot off the presses I shall be recounting the tales of playing with the ponies. And by that I mean I shall give you the low down of the rules and show of my shiny ultra rare Big Macintosh card!

So lets start with the basics. How do I win at friendship? Well you generally solve problems until someone reaches 15 points (Not 14!). But watch out, those nare do wells the trouble-makers are poised to stand in your way!
Anyway you build a deck. If I recall correctly it was at least 45 cards worth of deck, then you get 10 problems together (why do I feel like Twighlight in Lesson Zero when I do this?). You also cant have more than three cards of any one type in your deck and no more than 2 of any problem. 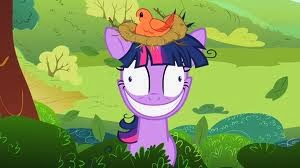 After that you find an opponent, which may be easier than you think judging by the turnout at my game store (I'm always up for a Skype game). After that you say a few nice words to each other and begin (Be social! Say appropriate things and help each other out when need be! We are Bronies and Pegasisters not Yu! GI! Oh! kids)

So first you put your Mane character ( I see what they did there) next to your draw deck. Your problem deck goes on your upper right. You must go through the problem deck before starting and pick one of your start problems to get things rolling. This card is placed face up  on your problem deck.

This is the basic board layout. I got this nice paper mat at the event!
Your Mane character is very important. She starts the game in play at home. She also has a condition on her where she can become Boosted (20% cooler!). This is really important because it lets you have more ponies at home and gives you more pony power in an easy way!

Rarity is shown on her start side. Rainbow dash is on her Boosted side.
The pony power is in the upper right.

What does home mean? Are you too good for your home? Well some ponies are. See you can have a number of ponies in your home space that is equal to what your Mane character gives you. If you ever exceed this (such as when ponies return from solving a problem) you must dismiss them (discard). Sorry Dashy, I have HAD it with you breaking windows in my library. 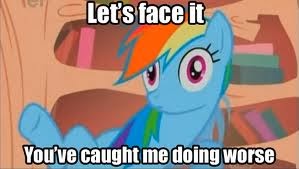 Turns are broken down into:

The ready phase
The trouble maker phase
The Main phase (mane? Why not!)
And finally the score phase.

Ready phase:
This is easy, you draw a card and make ready all your exhausted cards (untapp your tapped cards, they can’t say that though because MTG has copyrighted that phrase (Tapped means turned sideways, and untapped means placing them in a normal way).

And finally get your actions tokens. 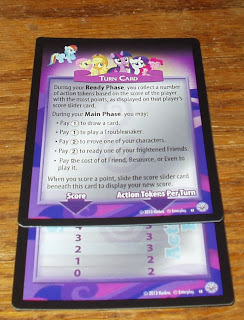 This is the "slider" that is mentioned. It is simply
two cards on top of each other. The left column is your score
and the right is how many AP each person gets if your score is the highest.
Just move it up and down as needed.
If you don’t use all your action points in one phase, they will carry over into the next turn or  you can use them for events. Ya, I am gonna let that sink in a little. AP carry over. BOOM. Deal with it.

Trouble maker phase:
This one is tricky! So first I am going to talk about trouble makers. These little devils get played for 1 AP (action points) and are played face down during the Mane phase. On your next turn they will get flipped over during the trouble maker phase and will try to prevent your opponent from confronting a problem on their next turn. This is also the phase where you get to choose if you want to confront them for being jerks. If you do there is a Faceoff. I will get into this later. 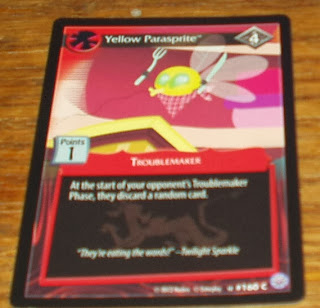 His power is in the upper right, and the points you
get for defeating him are in the middle portion....
Stupid tribble.

If the trouble maker wins the face off, one pony at the problem becomes exhausted (turned sideways).

Trouble makers are played on problems. If those problems go away, they do too (unless they are still face down).

Mane phase:
This is where you play cards and move ponies places. You play a card by paying its cost ( located on the left side inside a white circle) in Action points. In addition to the AP cost you must have the resources required for the card in play. This number is located bellow the cost circle. You can play ponies onto problems or onto your home space. You can also play events if those events say Main Phase on them. 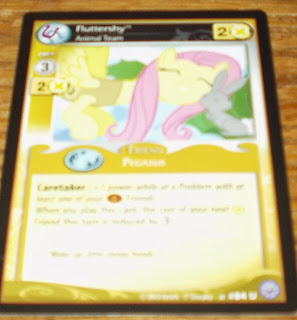 Her pony power is in the upper right (2 / kindness)
Her cost is in the left bubble (3) and you must have 2 kindness out
(bellow the cost) to play her.

If you play a resource that resource is generally played onto something. These are like equipment and do not go away until the card they are played on goes away, or your opponent forces you to dismiss them (discard).

If you want to move a pony from your home to a problem or from one problem to another you must pay 2 action points. Gotta trot over to that big ol problem and get er done. Some ponies have a cool ability called swift which lets them do it for 1 AP.

Events are played when they say they can be played. They will tell you what phase to play them in.

This is Button’s Mom’s favorite phase. No. That was wrong. 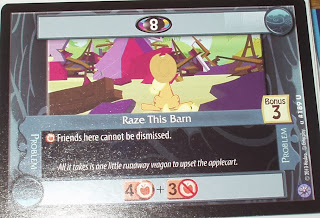 Your opponent needs 8 of any pony power to solve this problem.
You need 4 honesty and 3 non honesty.

You then looks across the problem to see if there are any other ponies over there ready to throw down with two years of tap and 3 of Jazz dance.

The problems stay in play until there is a face off at the problems. This can happen in one of two ways: A single face off or a double.

Single:
Here one person confronts the problem and scores a point but on the opponents side, they also have enough pony power to solve the problem. When this is the case both you and your opponent flip the top card from your decks. You take the power of that card (top Right number) and add it to your pony power (the power value of each pony found at the problem). The winner gets to score points equal to the bonus points of that problem. The problem is then discarded and a new one is flipped. 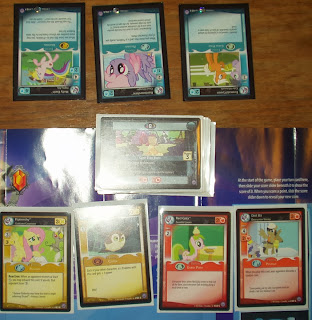 Here you have a face off. On one side you have 6 loyalty pony power,
and on the other you have 8 pony power (we are ignoring that awesome owl who should
go in EVERY deck). You will add the power of the card you flip to both totals to see who wins.

ALL CARDS FLIPPED DUE TO FACE OFFS GO ONTO THE BOTTOM OF YOUR DECK AFTERWARDS. I WILL NOT TELL YOU AGAIN.

A word about problems:
A problem has two sides. The side with a number containing no element of harmony faces your opponent while the other side faces you. You each must meet your given power requirement in order to confront that problem. A problem will stay in play –allowing points to generate from it – until there is a face off.

Double face off!
Here is where it gets complicated. A double face off happens if someone scores points from both problems. This can be a DEVESTATING turn of events. This will even happen if there are no ponies on the other side. If this happens do the following: 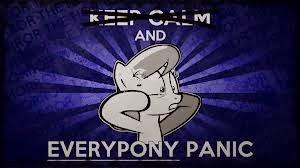 1: Do not panic!
2: Grab your towel!
3: Add up the pony power on each side of the problems. One for you and one for your opponent.
4: Flip the top card of your deck while your opponent does the same.
5: Add the power of that card (again top right) to your pony power total.
6: Highest number wins the face off. Redraw on ties.

7: All ponies go home and a new problem is flipped onto both decks.

When doing this trouble makers are ignored. Remember though, this only happens if someone scores points from BOTH your problem and your opponents.

So here is the thing about this whole score phase.
You get points for these things in this order: 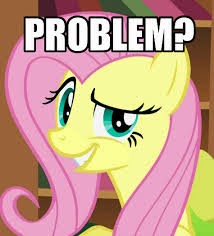 These points can add up real face. I thought I was going to win one game then my opponent scored 8 points… A poor friend of mine had a 10 point score on him! 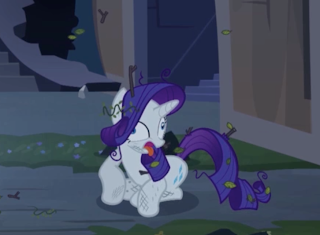 Ya that's pretty much the look  on my face.
Ok so I think that is the gist of things, if not all of it. It’s not so bad once you get going and play a few games. Having played with a few of the decks and messed with some of them I can tell you the permutations are vast. Lots of viable options here Mr. Sirlin. Not a lot of OP either, with the exception of Rarity's fabulous hat, most things are balanced pretty well. 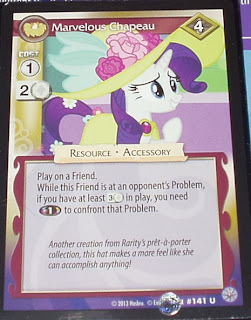 This thing, oh my Celestia this thing...Who knew a hat
could be so powerful. Just be glad she didn't make a whole dress.

Lots of fun too, which surprised me. The card game is non violent and really echos what the show and comic books try to do ( personally I think the comics are better than the show!). Here we have a rare beast. A Cartoon to CCG that comes with depth of play, fun and aesthetics. This game will appeal to many generations and if you’re a Brony like me, it’s a must play.

My only wish is that it wasn’t collectable. But at least I got my Big Mac. Now if I can only track down a Vinyl Scratch and Derpy…. 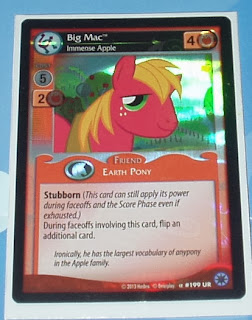 Yeeup, your jealous.
Anyway, Until next time; I am Brony, resistance is futile.

Steve
Im a 20 something living in Boston. I work as a paramedic and i love gaming (mostly non video). I am married to a wife who supports and enables my addiction.